Am I as obsessed with Cruel Intentions now as when I was a pre-teen in 1999? Of course. That film has forever ingrained Ryan Phillippe as the brash it-boy in my mind. Yes, I’m also very much here for the original I Know What You Did Last Summer, and his body of work which showcases Phillippe’s gifts as a character actor. The star has just recently arrived in St. Petersburg for his latest project, Lady of the Manor, directed by Justin Long. Long, you may remember, took to Instagram to surface food and fun ideas in the Tampa Bay region when he arrived.

Mr and Mr Crab… @poodollar72 and I have been loving doing the podcast (even more than we love crabs!) so we want to thank all the “Life Is Short” listeners, new and old, for tuning in and subscribing. If you have any suggestions or stories you’d like to share, please email us at “lifeisshort@wondery.com” – we love hearing from you and it only makes the show better. Thanks! 😌🙏🦀🦀🦀🦀🦀 Also, we’d LOVE some restaurant recommendations in the Tampa/St Petersburg area – we’ll be working here til March! Thanks!

The film could spend as much as $1 million in the region, according to the Tampa Bay Film Commission. This includes booked hotel rooms, hiring for jobs on set, and other basic expenditures. Long and crew filmed in Tampa for a few weeks, and will shoot in the Sunshine City for about 5 days.

One of the great character actors of the last 30+ years, the latest guest on “Life is Short” podcast (link in bio) is my friend Luis Guzman. @loueyfromthehood and I have worked in several movies together, starting in 2004 when we shot “Waiting”. Long before that, though, I was a huge fan of his from movies like “Boogie Nights” and “Carlito’s Way”. Despite his tough guy onscreen persona, Luis is one of the kindest people I’ve ever had the pleasure of knowing. A few days ago @poodollar72 and I asked him to play a role in a movie we’re directing. Luis showed up in such a major way that I know I’ll never be able to repay him. His presence on screen was hilarious but his presence on SET was calming and inspiring. He is a legend and I’m proud to call him a friend. It does NOT get any better than Luis G. 🙏❤️ 🇵🇷 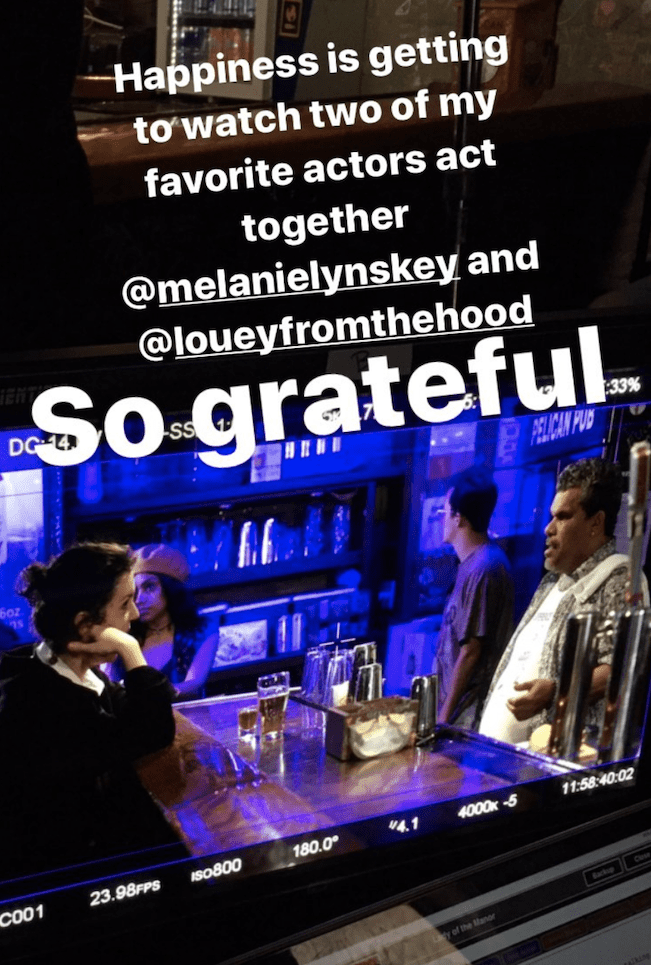 It looks like at least a portion of the production took place at Jannus Live in downtown St. Petersburg.

Filming will wrap in March, and a release date for the film is TBA.