Talk about a huge win for South St. Pete. Neptune Flood and TRB Development purchased 5 lots at the corner of 4th Avenue and 6th Street South. The former Baycare Medical Office Building will be converted into the company’s new corporate campus.

Neptune is one of the fastest growing insuretechs in the US and was a CNBC Upstart 100 winner honoring top global startups. The company sells flood insurance in 38 states via a 100% digital model, according to a release.

Bringing business to the Burg

TRB Development is a diversified real estate development firm delivering over 75 houses per year in Florida.

The companies are controlled by serial entrepreneurs Trevor Burgess and Jon Carlon.  Many in the Sunshine City are probably already familiar with Burgess. Trevor was the former CEO of C1 Bank which sold to Bank OZK in 2016. 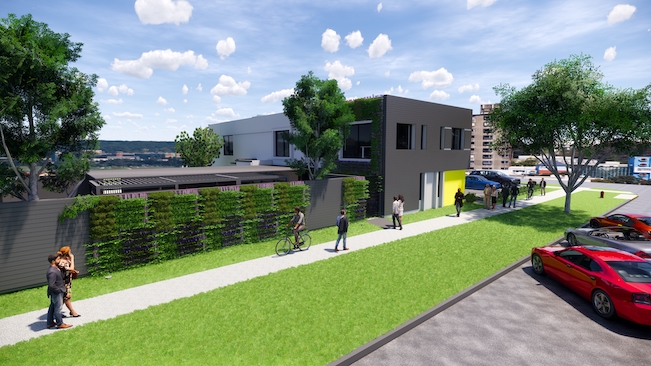 This development will also serve as a platform for Chef Jeffrey Jew to once again feed the Sunshine City. He formerly served as the executive chef at BellaBrava and Stillwaters Tavern.

Jeffrey Jew gained national notoriety after competing on Bravo’s Top Chef and was the winner on Food Network’s Guy’s Grocery Games. We’re excited to see what the local chef has in store for us next.

Realtor Gary Hess of Smith & Associates advised TRB Development on the purchases, according to a release. Sergio DeSanto, a Managing Partner of REP – Renker Eich Parks Architects, is the project’s lead architect.

The office space is expected to open in the first quarter of 2020 followed by the restaurant in Q2.