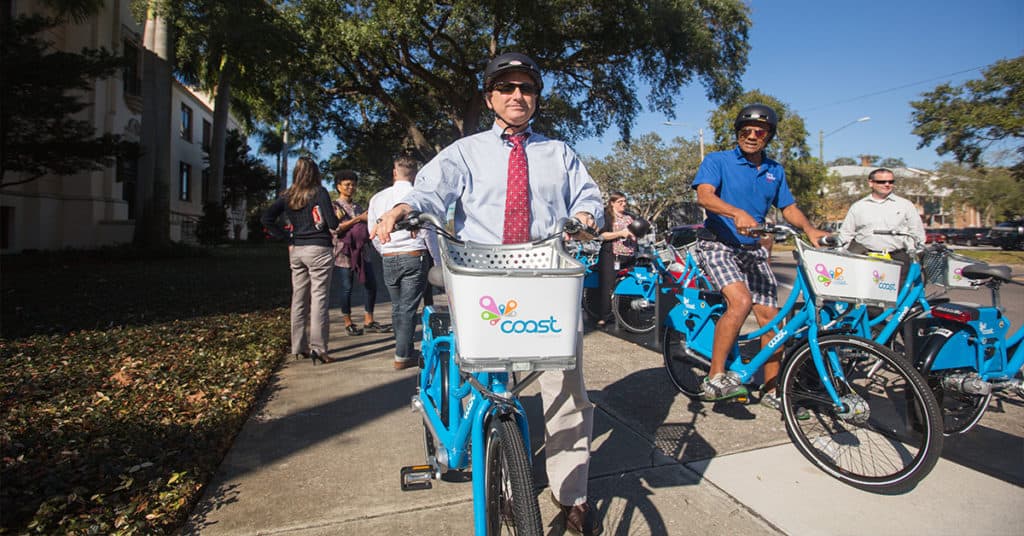 Coast Bike Share is the first business to receive a GOLD-level designation in St. Petersburg and only the second business in the entire Tampa Bay region. In addition to its Bike Friendly Business designation, Coast Bike Share won Bike/Walk Tampa Bay’s Best Social Bike Ride of the Year award in July, for its organization and support of multiple social bike rides across the region. 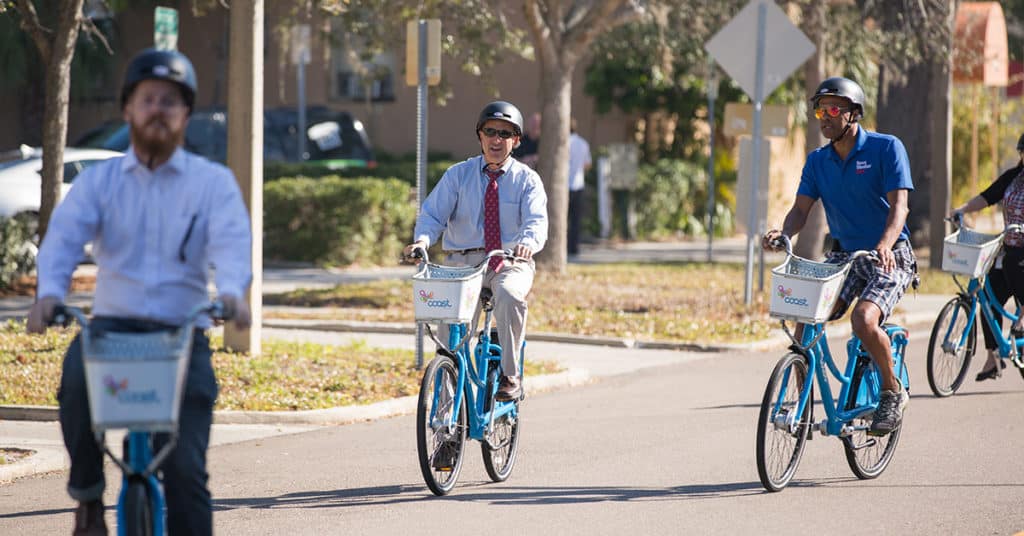 Eric Trull, Regional Director for Coast Bike Share said “We’re delighted to be the first GOLD-level Bicycle Friendly Business in the City of St. Petersburg. Coast Bike Share is more than just a fleet of bikes – it’s a means to connect communities. We’re incredibly proud of our fellow Bike Friendly Businesses and their commitment to doing just that in Tampa Bay. Together we’re positioning cycling as a viable transportation option across the region.”

“Business owners and workers across the country are looking for simple, straightforward ways to build their companies, do right by their workers and customers, and contribute positively to their local communities,” says Executive Director Bill Nesper of the League of American Bicyclists. “Boosting participation in bicycling achieves all of that and more, and BFBs such as Coast Bike Share are wonderful models of that success. We congratulate this latest class of business leaders for recognizing that one of the oldest and easiest forms of transportation still generates significant economic and societal rewards today.”