‘Burgers, we live during a St. Pete renaissance and nowhere is this more apparent than the explosion of our craft beer scene. 3 Daughters Brewing, 222 22nd St. S.,  joins the St. Pete microbrew fold with their grand opening on December 14th and co-owners Mike and Leigh Harting were gracious enough to walk us around their budding establishment. The name “3 Daughters” refers to the couple’s three children who are 10, 9 and 4 years old. 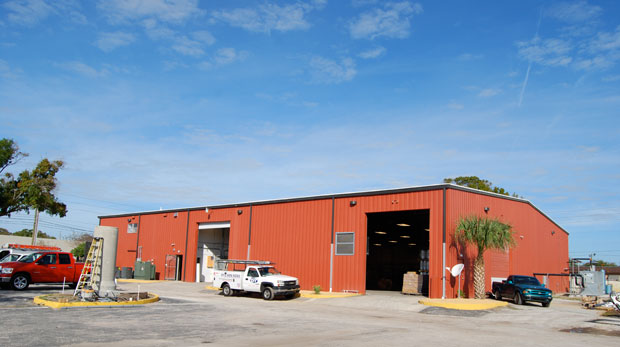 Mike walks us around the interior of the expansive warehouse where the magic happens. He points out the 30- and 60-barrel fermenters and the empty space where the 120-barrel fermenters are going. Increasing 3 Daughters’ fermenting capacity is a big priority. “Right now we can brew 80 tons of beer in a week, but I can only hold 6 (in the fermenters).” Towers of new, shiny kegs still in their original packaging loom over forklifts and workmen buzz about. 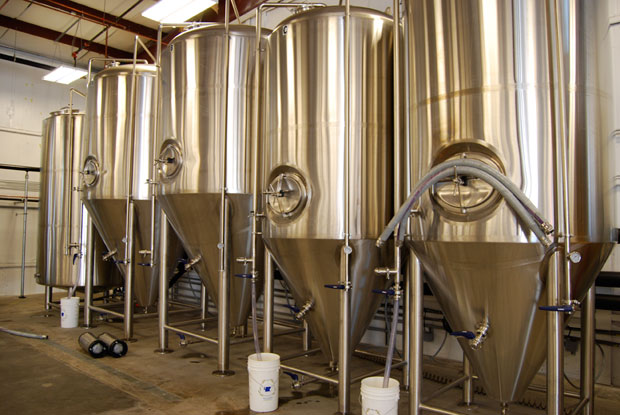 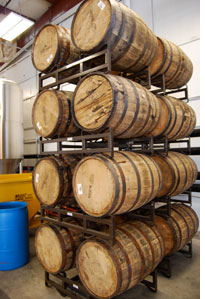 Kentucky bourbon barrels will hold their highly anticipated, limited release Chocolate Porter. The beer offerings of 3 Daughters is built around their three core beers: Beach Blonde Ale, Brown Pelican Dunkelweizen and Summer Storm Stout. But 3 Daughters plans to open with four additional beers for an impressive total of seven taps for the opening.

“I hope these beers are well received, I’ll have three daughters to put through college soon,” Mike says. He has good reason to be confident. Mike manages the brewing that goes on at BellaBrava, where he is also a co-owner, with the chef and brewer Ty Weaver. BellaBrava is a microbrewery? It’s true, BellaBrava has been quietly brewing for years and their brews have climbed to around 30% of their beer sales. They have over a dozen tried and ready recipes, many of which have gone through the BellaBrava gauntlet with rave reviews. Leigh takes over the tour.

“I’ll show you the fun stuff,” she teases Mike and leads us past a modest room. “We’ve partnered with USF St. Pete for our lab,” she explains. The benefits of having a lab in-house are many. “It is yet another layer of quality control, the last of course being-” she lifts her hand to her mouth in a sipping motion. The lab could even pay for itself if it propagates the yeast they buy. Additionally, and most critically, the lab gives the brewmaster a playground to experiment in, something every brewer dreams about. 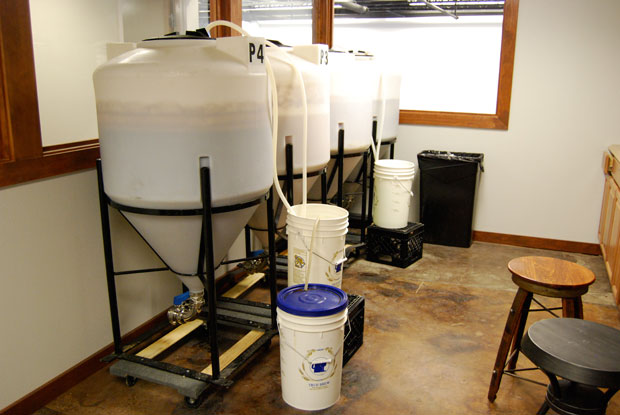 She takes us to the refined and intimate-feeling tasting room. Local art graces the walls and we chat around the artisan concrete bar top. A single brick incorporated into the bar seems out of place, but it has a fascinating past. Mike’s great grandfather owned a brewery in Lexington, Kentucky in the 1800’s and this brick is from the remnants of the building. Also on the bar top are the handprints of Mike and Leigh’s daughters. 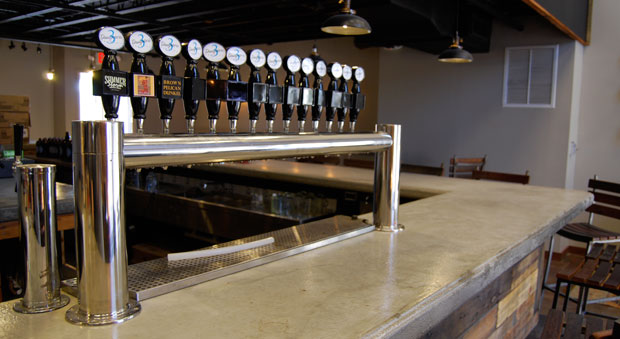 It is clear that the foundation of 3 Daughters Brewing isn’t just ambition, but family. Entrance to the grand opening on December 14th is free and offers fun for the whole family, including food trucks, live music and games. From an 18-hole mini-putt-putt course and inflatables for kids to unlimited beer tasting wristbands ($20), December 14th is a day for the calendar that has something for everyone. The festivities start at 3pm and go until 9pm. We’ll see you there!