Whether your summer consists of celebrating school being out or you’re still grinding through your 9 to 5, we’ve tracked down the top shows coming to the Tampa Bay area. We’re even giving away a couple of pairs of tickets to shows this summer! 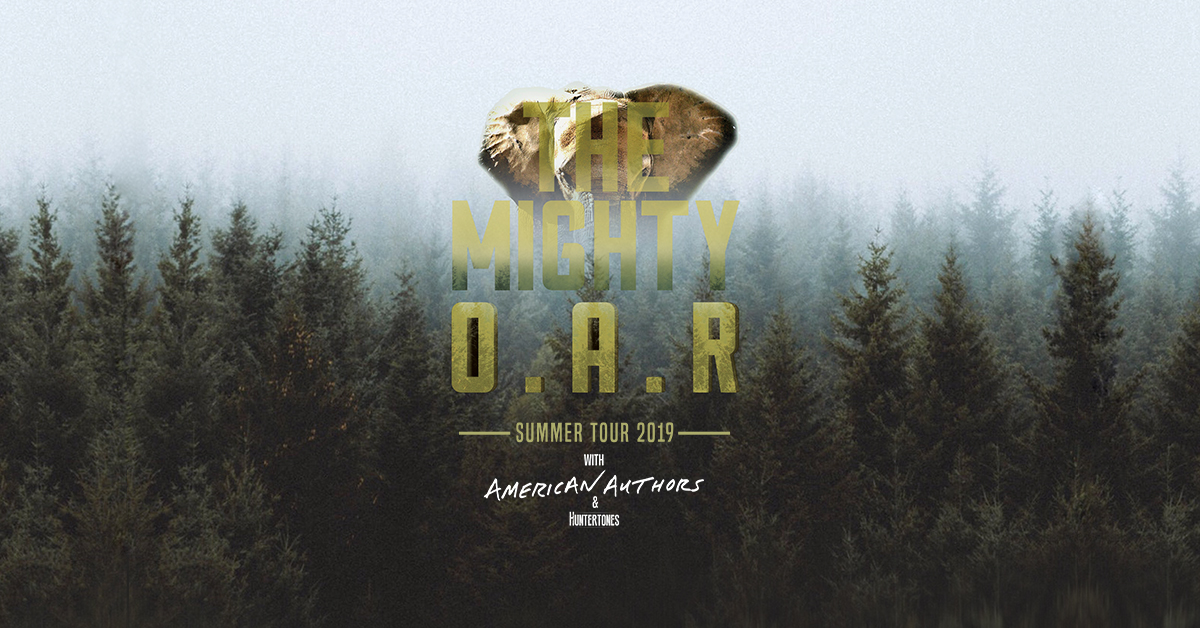 The Mighty O.A.R. has spent the last 20 years producing over 13 studio albums and touring the world! They are joined by American Authors and Huntertones on The Mighty O.A.R. Summer Tour 2019 coming to the Duke Energy Center for the Arts – Mahaffey Theater June 19. Click here to buy tickets. 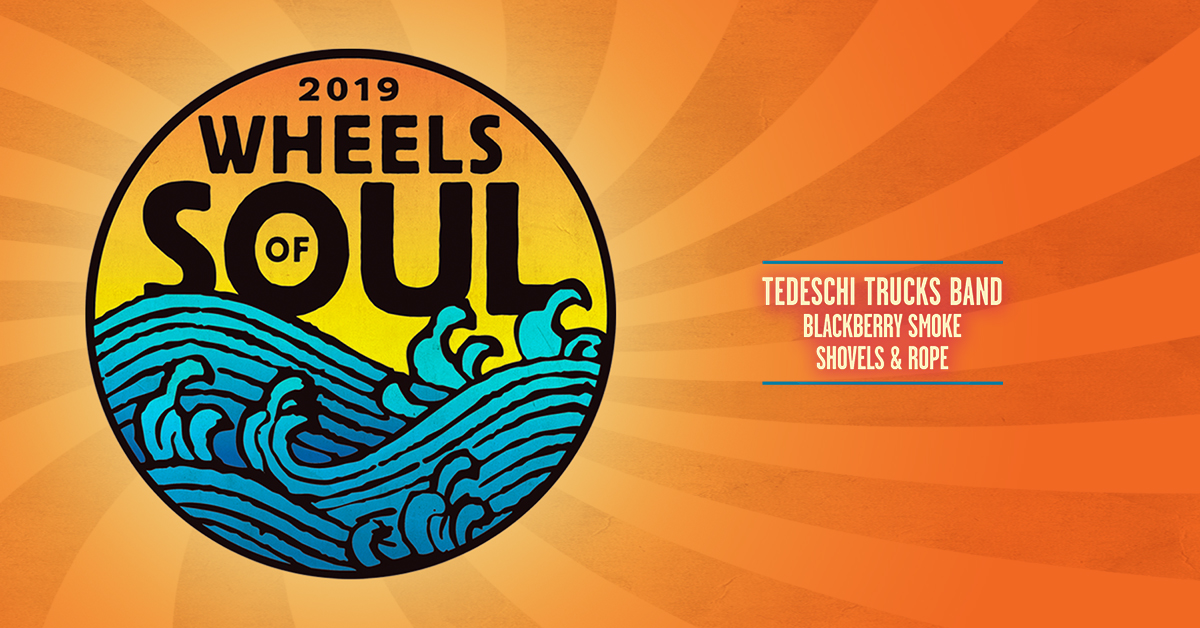 
The Mahaffey Theater has given us a pair of tickets to give away for The Tedeschi Trucks Wheels of Soul Tour! Shovels & Rope and Blackberry Smoke are opening up. Unrivaled in their blend of American soul, blues, rock and country, the 12 member Tedeschi Trucks Band is led by the husband and wife team of guitarist Derek Trucks and vocalist/guitarist Susan Tedeschi who have curated and cultivated this family-friendly experience into a highlight of the summer concert season. We’ve grown rather fond of shows at Al Lang Live. Epic shows with a backdrop of our city’s skyline and the waterfront? Count us in! Click here to purchase tickets or enter to WIN a pair of tickets below.

Look, if you’re just looking for a damn good time coupled with a wave of nostalgia, this show is a must. Yacht Rock Revue started as a cover band in Atlanta, Georgia. What to expect? All of your guilty pleasures from the 70s, 80s, and more. Their zany coordinating outfits and spot-on impressions have even found them performing alongside the icons that they cover. This show is for all ages. Click here for tickets.

We were mega excited when Dumb Money + No Clubs announced that Umphrey’s McGee would be returning to Tampa Bay for a show at Jannus Live. With music that spans every genre from rock to reggae to funk and jazz with everything in between, these guys always put on a killer show. Maybe it’s the fact they’ve been a band for over 20 years and played almost 2,500 shows in that timeline. Whatever brings their mojo, you’ll want to cozy up with a beer under the summer night sky at Jannus and take in the easy listening and good vibes. Magic City Hippies the indie darlings from Miami will be opening the show. Click here to get your tickets.

Tickets for the 5 new #HappinessBeginsTour shows are officially on sale now!! Get tickets at jonasbrothers.com 🎟

For our readers who missed out on experiencing the JoBros live and in concert back in 2007, this is your chance. Recently reunited and topping music charts in style, the Jonas Brothers are bringing their Happiness Begins Tour to Amalie Arena. The GRAMMY® nominated multi platinum powerhouse trio will be featuring their comeback album Happiness Begins with hopefully a glorious throwback or two. Whether your fave JoBro was Nick, Joe, or Kevin – don’t wait. Get your tickets today and get ready to fangirl accordingly. We’ll be right there with you.

THE WHO ANNOUNCE THEIR SPECIAL GUESTS FOR THE FIRST LEG OF THE 2019 NORTH AMERICAN MOVING ON! TOURArtists include…

The WHO, one of rock history’s most influential bands is coming to Tampa Bay. With singer Roger Daltrey and guitarist and songwriter Pete Townshend at the helm, they’ll be swinging in with full symphonic accompaniment to Amalie Arena. Get ready to be treated to new music for the first time in thirteen years as well as a whole slew of additional songs from their expansive repertoire. This is another addition to the list of “you need to see this band while you can” list. Personally, our hearts are ready to be flooded with nostalgia if/when they play Baba O’Riley and My Generation. Edgy hard rockers Reignwolf are providing the support. Another HUGE reason to go. Click here to get your tickets today.

Original Queen band members Brian May and Roger Taylor are reuniting with longtime frontman Adam Lambert. If there’s anyone that can channel the enigma and vocal prowess of Freddie Mercury it’s Lambert. The new production promises more ambitious than ever before as they bring new life to the music whether you’re a new fan or you’ve been listening since day one. Check out the video above if you want to get a taste of what Lambert brings when paired up with the legendary Queen. Click here to buy tickets for The Rhapsody Tour at Amalie Arena.

Holy heck, we have not seen a lineup this sexy in a long while. With Beck and Cage the Elephant co-headlining and Spoon and Sunflower Bean opening – there’s going to be a whole lot of rock god power on one stage. Seriously, tickets start at $29.50 and we’ve on more than one occasion paid at least that to see most of this bill on their own tours. Click here to snag tickets today, we’d be surprised if these don’t sell out in advance. It’s worth the drive over the bridge. Trust us.

LIZZO: Cuz I Love You Too Tour

Yes, Lizzo sold out Jannus Live so fast (less than a week?). Yes, the show got moved to the Yuengling Center in Tampa. Should you still go? Absolutely. LIZZO, a classically trained flutist and general kickass performer will be bringing her powerhouse vocals to Tampa Bay for the first time. With heckin’ catchy bops like Good as Hell and Juice, she’s been taking the music world by storm. What to expect? A killer concert filled with empowering tunes and a whole lot of twerking. Every single stop on her last run (Cuz I Love Tour) sold out, so don’t miss out. Click here to purchase tickets and keep up to date with the event.

The legendary Nicolas Reyes and Tonino Baliardo of the GRAMMY® Award winning, platinum selling band Gipsy Kings will be returning to Ruth Eckerd Hall later this summer. With flamenco guitars and Spanish vocals that have captured the hearts of listeners for decades, they’re sure to deliver a show-stopping performance. These icons are a must-see while you can. Click here to get your tickets today.

Ysanne Taylor is the Photo Editor and a contributor for I Love the Burg and That’s So Tampa. She is also the Art Director at RKC.me. She graduated from the University of South Florida St. Petersburg in 2014 with a B.F.A. in Graphic Arts.