Site Work to Begin in Mid-June on $1.25 Million Skate Park - I Love the Burg

A set of delays pushed back the construction of a massive new skate park in St. Pete. Eager skaters and residents won’t have to wait too much longer to shred. The final design for the 30,000 SF project will be presented to the public during an open house on June 13, from 7-9pm at Campbell Park. 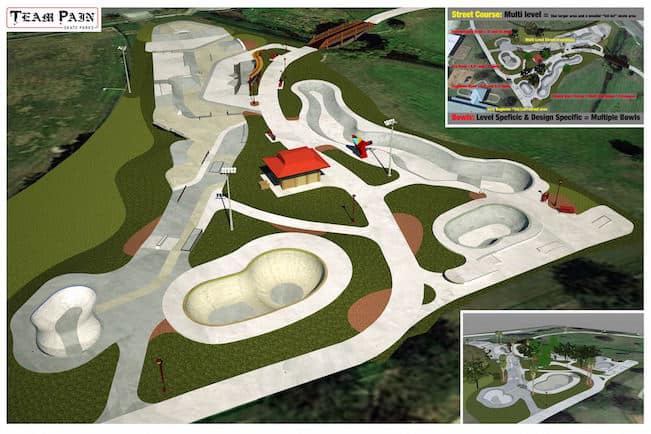 Construction to begin this summer

Site work at the park — located at 16th Street and 5th Avenue South — should begin in the weeks following the design open house. Nick Nicks and Daniel C. Brown of the St. Pete Skate Park Alliance and Jay Turner of School of Skatin’ worked closely with Karl Nurse and St. Pete City Council to get the project approved in May of 2016. The project is being financed through city’s Weeki Wachee Fund.

Early designs reveal plans for a flow area, a multi-level street course,  and several bowls. The park is being built by Team Pain whose roster of projects includes the 7,500 SF Lake Vista Park in St. Pete, and the 24,000 SF skate park in Lakeland. 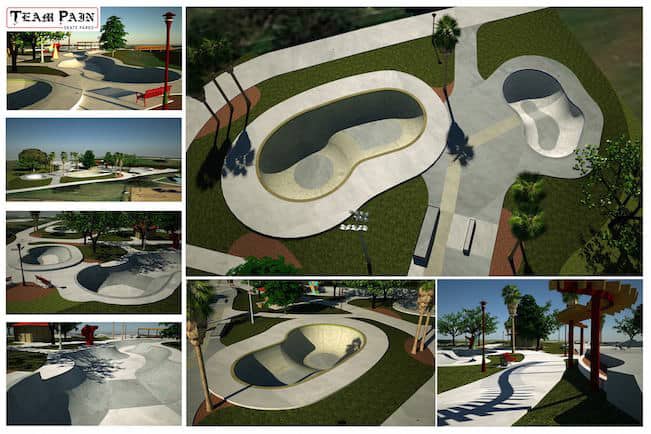 This isn’t the only exciting news for skaters in the area. Nearly a year ago, Gulfport had to shutdown the Tomlinson Lake Skate Park due to unsafe equipment. Gulfport’s City Council sought public opinion on a new location for months, eventually landing on the Michael J. Yakes Recreation Center.

The Gabber reports that the council approved the implementation of a skate park at the southeast corner of the facility during a meeting on May 16. Half of the $125,000 project is paid for from a land and water conservation fund program grant, with the remainder coming from the city of Gulfport.