The Museum of Fine Arts is a cultural gem in the Sunshine City. That really goes without saying. In 2020, Museum officials have upped their gallery game with an immersive, exciting new exhibition that takes visitors behind the scenes of some of the finest works for performance art.

For “Art of the Stage” the MFA has literally constructed a stage in its exhibition — and it will play host to visiting acts such as The Florida Orchestra, the Sarasota Ballet, and Detroit-based Sphinx Virtuosi.

When @thefloridaorchestra takes over your museum 🎭🎶👌🏽#MuseumLife #MFAStPete . TFO will be performing different musical pieces connected to our exhibition #attheMFA on Wednesday, February 5 at 2pm! (Free with admission.) #MFAStage #MFATheaterArt #ArtoftheStage . This exhibition is made possible by Janna and Timothy Ranney, Marianne and Mark Mahaffey, The Bill Edwards Group, The Margaret Acheson Stuart Society, and Penny and Jeff Vinik, with additional support by Dimity and Mark Carlson, Mardie Chapman and Dr. Richard Eliason, State of Florida Division of Cultural Affairs and the Florida Council on Arts and Culture, and Friends of Art of the Stage. Media Partners: Tampa Bay Times and WUSF Public Media.

Prepare to be dazzled by Art of the Stage

The exhibition itself is a dazzling sprawl of costuming, stage design from the likes of Picasso, props and attire as imagined by Matisse, and original paper cuts and wardrobes from Robert Indiana.

In Indiana’s section of the exhibition, guests will find costumes for Susan B. Anthony and other suffragettes. This representation feels timely as 2020 marks the 100th anniversary of the passage of the 19th Amendment, guaranteeing and protecting women’s constitutional right to vote.

Upon entering “Art of the Stage” you’ll come across a zinc cut shadow puppet. The tiny figure is etched with delicate. details that, when set against a bright light, emerges as a fully realized, three dimensional being on the wall.

We're still glowing from yesterday's "takeover" of @mfastpete. Did you get a chance to catch one of the concerts?

Movie in the park paired with a live music performance

Another section of the exhibition pays homage to silent films. On my visit, “Aelita: Queen of Mars” was playing. That film is also set to be a part of a special outdoor screening at the Museum with the score performed live by La Lucha. That event will take place on both Friday, April 17 and Sunday, April 19. Full details can be found on The MFA’s website.

Love opera? A pure operatic performance can send chills down the spine and mine your emotional depths. Renowned performer Ashley Thunder is set to perform opera in the gallery February 6, March 5, April 2, May 7.

Enjoy the clash of natural elegance and female rebellion, with selections from French and Russian composers. Featuring two great area musicians: operatic talent Ashley Thunder and pianist virtuoso Violet Mandese! A highlight will be Les Mamelles de Tiresias, a spectacular song of women’s liberation and the ability to let their voices be heard.

Sphinx Virtuosi inspired audiences around the country with the electrifying "For Justice and Peace" tour, and will hit the road again in February! Check out review highlights and Winter 2020 dates here: conta.cc/2JhLXDC

One of the most exhilarating programs happening at The Museum in the coming months is the residency of the Sphinx Virtuosi.

The Sphinx Virtuosi are the nation’s most dynamic, exhilarating professional chamber orchestra, dedicated to increasing racial and ethnic diversity in classical music. Comprised of eighteen of the nation’s top Black and Latinx classical soloists, the Virtuosi are alumni of the internationally renowned Sphinx Competition, and its members work together as cultural ambassadors reaching new audiences.

The chamber orchestra will perform at the Museum of Fine Arts on February 21 from 7-9pm.

Cinema also has a home at “Art of the Stage.” A powerful selection of silent films, “Make More Noise,” will tell the story of the Suffragette movement. 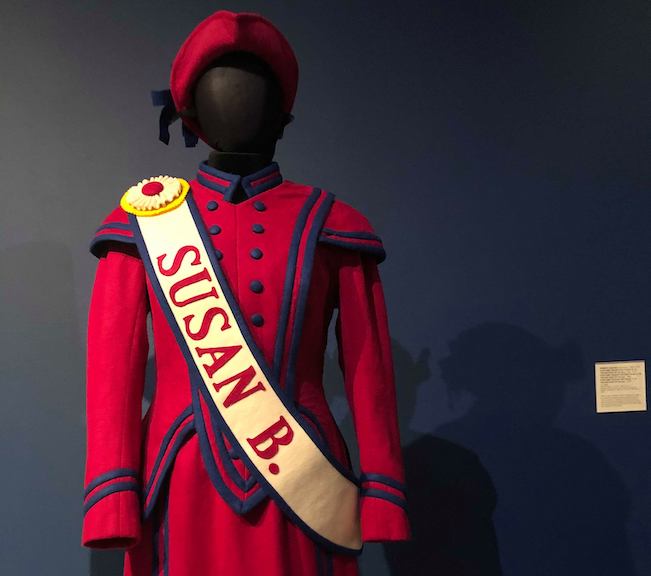 Celebrate the 100th Anniversary of the passage of the 19th amendment

This selection of silent films from the British Film Institute National Archive shows how suffragettes were portrayed on the cinema screen while their battles were still being waged on the streets outside.

It’s opening day for “Art of the Stage: Picasso to Hockney,” and we’re bringing the exhibition alive with nearly 30 live…

More events to keep on your radar

Here are a few other events to keep on your radar:

Feb. 5 — The Florida Orchestra Performs at The MFA

Feb. 20 — Cocktails and Collections: Tour of “Art of the Stage”