One joy of living in the ‘Burg is the discovery of hidden gems like the Driftwood neighborhood, one of the oldest settlements of St. Pete and a jungled slice of history and peace.

iLovetheBurg.com arranged a walkabout with Driftwood residents Laurie, owner of Local Landmark designated "the Dodd house" and Kim, whose family has lived in Driftwood for four generations. Laurie greets us into her modest-sized home.

Inside the Dodd house 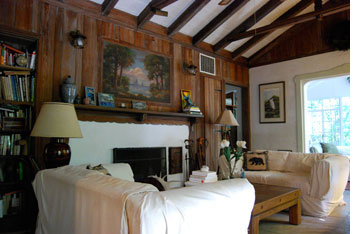 “I feel like it (Driftwood) is a retreat from the city, in the city,” she says with a serene smile. “It’s so restful here.” Her house was built in 1936 and is one of 19 homes that influential ‘Burger Mark Dickson Dodd and his business partner Archie Parish constructed in Driftwood. The duo built many iconic St. Pete buildings such as the old YMCA (116 5th St. S). It is thought the Dodd house is where Mr. Dodd actually lived and has many features characteristic of his style and one of his paintings hangs above the original fireplace. He painted a piece for each of his houses and they are customarily included in the sale of the homes they were painted for. “I love how it feels like a neighborhood. People care for one another but aren’t intruding,” Laurie says as we take a walk past the little dock on the water where community socials are held and to Kim’s house down the road.

Kim is a fourth generation O’Brien resident and has a wealth of history at her fingertips. She paints romantic images of the steamships that were launched from Driftwood’s harborage in Big Bayou in the 1800’s and even tears up when she recalls how her ancestor’s animals were maimed and crops burned by Union soldiers. It was the only place on West Florida that was shelled in the Civil War and it is thought that the attack was due to implication in the murder of a Union sympathizer. Her mother Helen lives at the historic Mullet Farm property in a house that was built in the early 1900’s by shipbuilder Barney Williams, General John William’s son. The Mullet Farm raised fish for the Cuban Market starting in the mid-1800s. 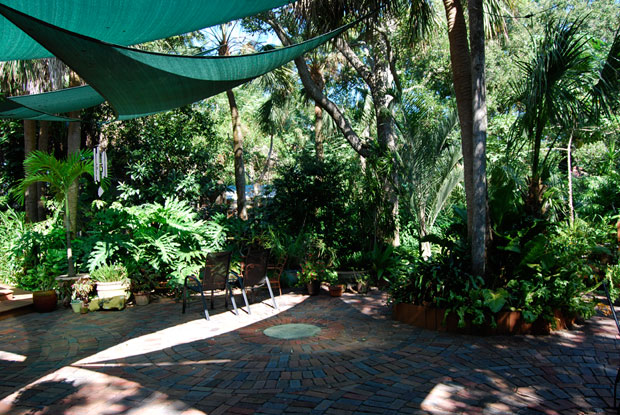 We make ourselves comfortable at her home that is a newer addition to the neighborhood. It was a ranch-style house built in 1952 that Kim remembers wanting to “Driftwoodize” since she was ten. Her gorgeous house has been featured in St. Petersburg Preservation tours and Home and Garden circuits. She also owns the land of the Bethel House that was a haunt for hunters who would bag wild rabbits, turkeys and even bears. “The 100+ year changes have been unbelievable,” Kim says in awe.

Helen's house on the Mullet Farm 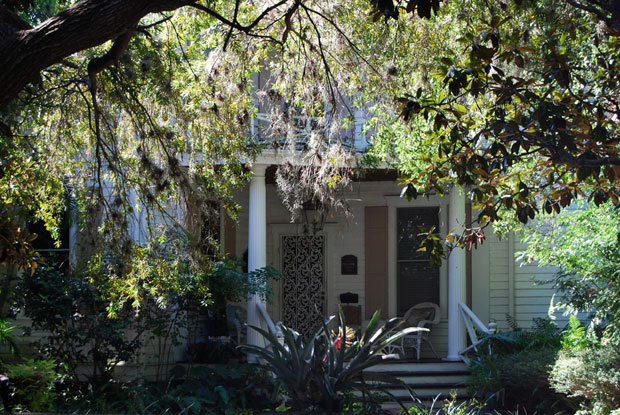 What does it mean to “Driftwoodize” something? Laurie and Kim both offer their two cents. Charming architectural details, unique features like the paintings and an affinity for lofts and secreted nooks seem to be themes for the houses. Philosophically, to “Driftwoodize” seems to imply a hands-off but participatory cultivation of community, a love for the free-flowing forest and an almost fierce sense of identity with the neighborhood’s colorful past and future.

What does the future hold for Driftwood? “I’m encouraged by families with young children moving in,” says Kim. It often seems rare for the past, present and future to mingle well, but it looks like Driftwood may be pulling it off. Perhaps communities in search for a path forward should consider “Driftwoodizing” by cherishing their stories and letting the trees grow tall. 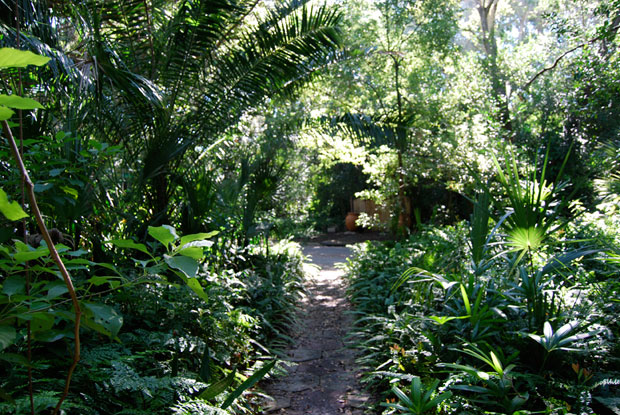