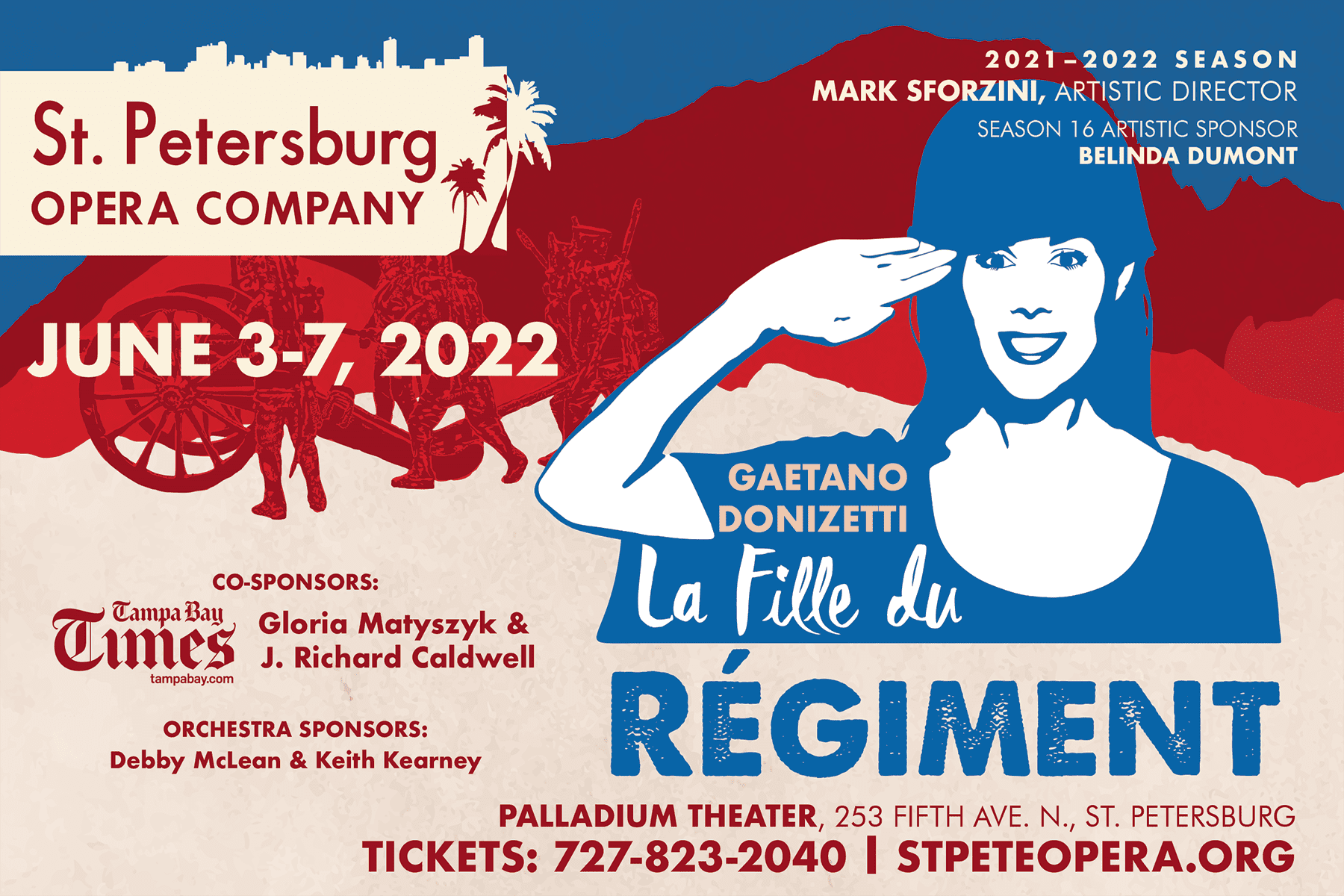 This masterful comic opera will stir even the hardest hearts with its themes of love and loyalty. Marie is an orphaned canteen girl for the 21st Regiment of the French army, and the soldiers who raised her all consider themselves her “fathers.” Marie falls in love with Tonio, a civilian, who joins the Regiment in order to be worthy of Marie’s affection. Their dreams shatter when the Marquise of Berkenfield arrives, claiming to be Marie’s long-lost aunt and spiriting her away to be married to a Duke. With so many conflicting desires, who will win the day?

Sung in French with English translations above the stage.