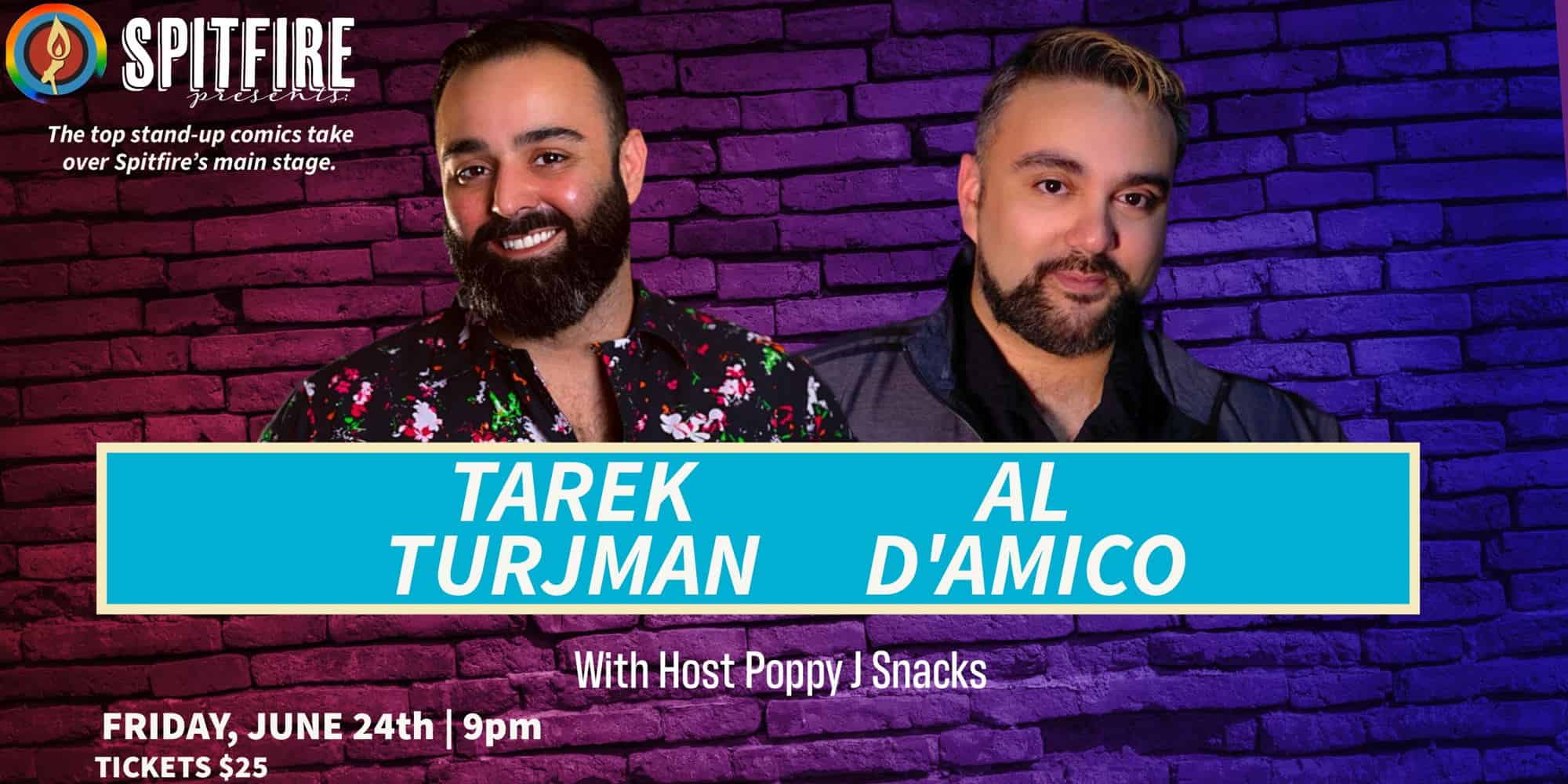 Tarek Turjman is a queer Guatemalan born, Palestinian American, comedian living in Miami, FL. Stories of his diverse upbringing and experiences as a real estate agent will surely leave you baffled and entertained. He is currently an improv actor and the host of Tonight with Tarek @ Villain Theater in Miami. Tarek has opened for Ilana Glazer, Carlos Santos, Francisco Ramos and Brittany Brave. He headlines at various pride festivals including “Gay8 Fest” and “No Fear We’re Queer” in 2022.

Al is a standup comedian, performer and show producer. He has been performing for most of his life in different styles of theater, including musical theater and, more recently, Improvisational Acting and Stand-up Comedy, both of which he performs weekly at Miami’s acclaimed Villain Theater.

Poppy J Snacks (They/He) is a Non-Binary Latinx Comedian and Bearlesque performer raised in Miami, FL but currently lives in Super Gay Wilton Manors. When Poppy is not eating or clapping cheeks, they serve laughter and comedy as part of the Haus of YAS: A Queer Comedy Collective within the famous Villain Theater in Miami and has performed all over Florida, from Sarasota to South Beach. Poppy has opened for Francisco Ramos from Netflix’s “Gentefied”. Poppy is also the first Bear to hold the title of “Mister Key West Bear” in 2018.