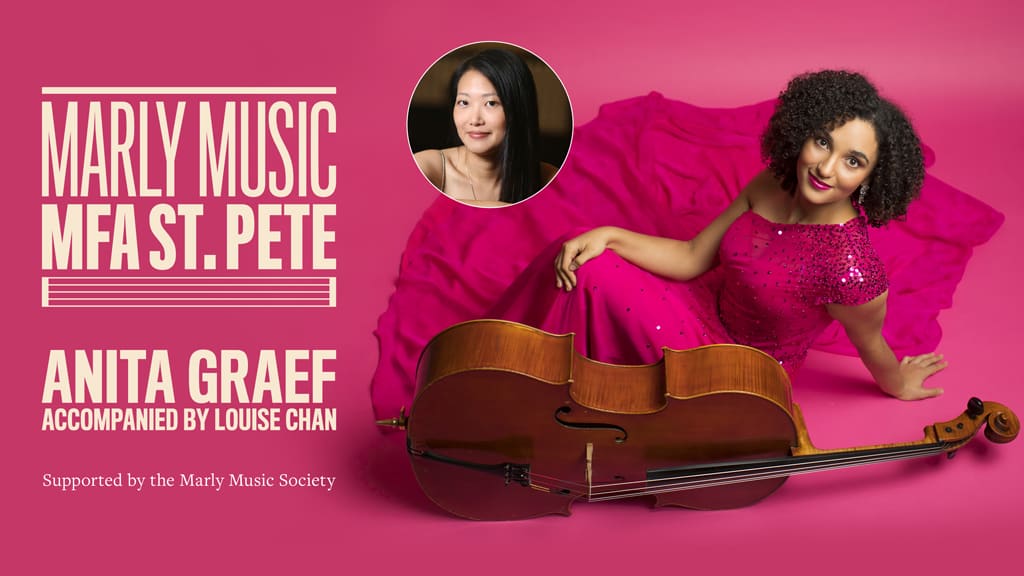 Described as “a world-class musician” (Galena Gazette) who plays with “high energy and polish” (WQXR), cellist Anita Graef has earned recognition as a soloist, chamber musician, and orchestral performer. Notable appearances include features in Strings Magazine, as well as Carnegie Hall’s Weill Recital Hall and Concerts from the Library of Congress. She has performed in recital as a guest of radio programs including Young Artists Showcase on WQXR, NPR, and others. She serves as the Artistic Director and cellist of the Juliani Ensemble, an innovative, multi-faceted chamber ensemble, which has performed extensively both nationally and internationally. Highlights of 2021/2022 include concerto debuts, notably with the Louisville Orchestra among others, recital performances at Columbia University, the New Lens Concert Series, “Live from WFMT,” and a residency at the University of Missouri.

Anita was recently named the 2022 Gheens Young Artist, which sees her making her concerto debut with the Louisville Orchestra, as well as performing, speaking, and serving as an educator throughout the city. In 2021, she received the American Prize in Instrumental Performance. Her writing has been published in Strings Magazine, where she serves as a frequent contributor. She has performed at music festivals, such as Artist-in-Residence at piano Sonoma, as a Fellow with the Chautauqua Symphony Orchestra, as principal cellist at Brevard Music Festival, and as assistant principal cellist of Miami Music Festival. As an orchestral musician, frequent appearances include the Cincinnati Symphony Orchestra, as assistant principal of the Missouri Symphony, as well as performances with the Indianapolis Symphony Orchestra, Louisville Orchestra, and others.

She has worked with and performed for musicians such as Felix Wang, Roberto Diaz, Yehuda Hanani, and the Shanghai String Quartet. Former teachers include Marc Johnson of the Vermeer Quartet, Hans Jorgen Jensen, and several members of the Chicago Symphony Orchestra. She has performed under the baton of maestros such as Leonard Slatkin, JoAnn Falletta, and Rossen Milanov.

Born into a family of professional musicians, Anita grew up surrounded by music. She began piano studies at age two and cello at age four, making her concerto debut at age twelve. She obtained a Bachelor’s Degree from the University of Michigan’s School of Music, Theatre, and Dance, where she studied with Professor Anthony Elliott. She completed her Master’s Degree at the University of Cincinnati College-Conservatory of Music, under the tutelage of Ilya Finkelshteyn. When not making music, Anita enjoys reading, cooking, crocheting, weight lifting, hiking, spending time with friends and family, volunteer work and exploring new cities.