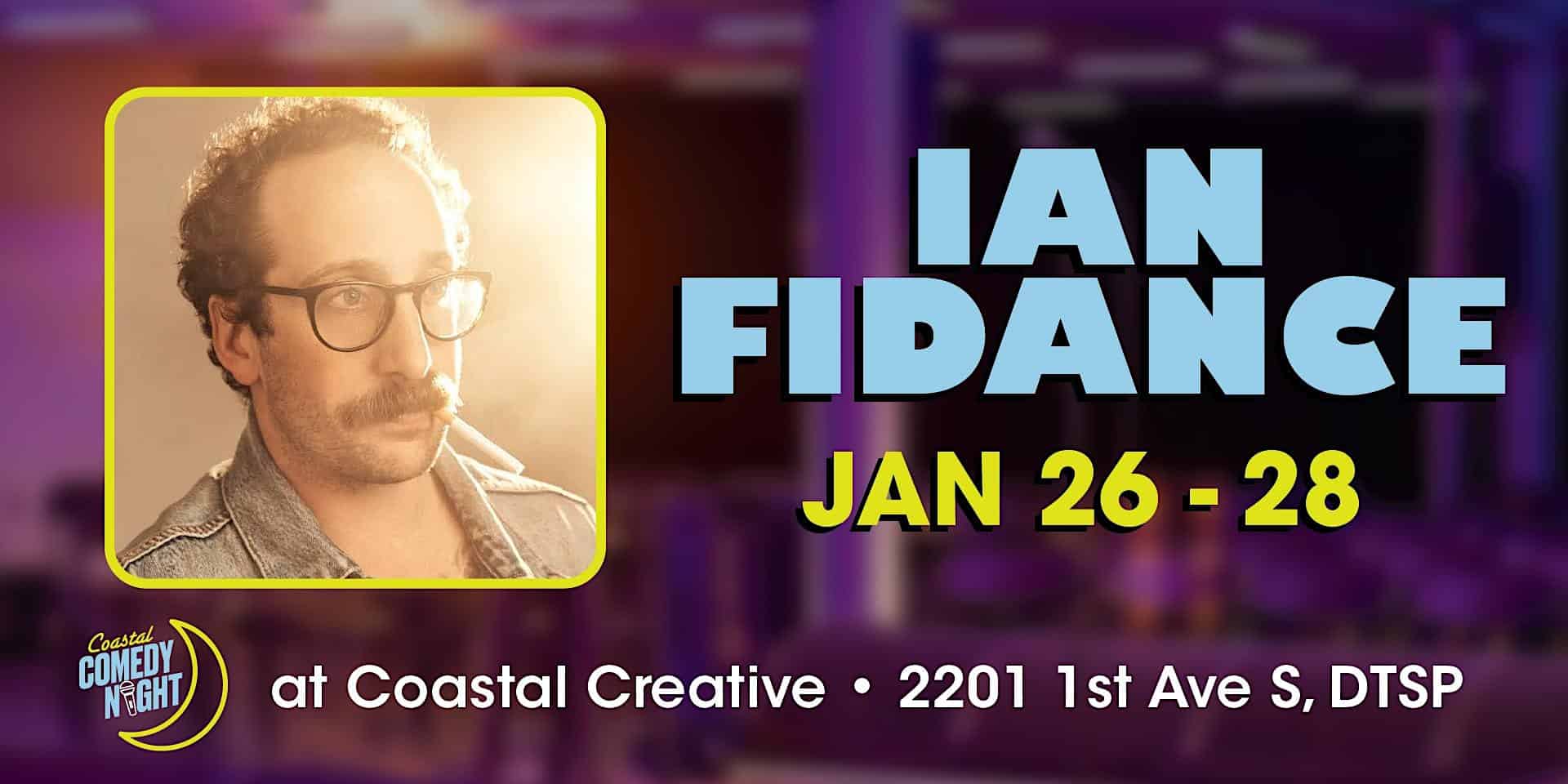 Join Coastal Creative for a weekend of Ian!!

Ian Fidance is an offbeat yet upbeat New York City comic, actor, and writer originally from Wilmington, Delaware. An absolute force on stage, his act is insanely positive and positively insane. Equal parts thoughtful, explicit, and silly, he can be seen performing nightly at the iconic Comedy Cellar in the heart of New York City’s Greenwich Village.

He’s been featured on “This American Life” and is a popular guest on podcasts and radio shows alike. He co-starred in the latest season of “The Last OG” with Tracy Morgan, was featured on “This Week at the Comedy Cellar” on Comedy Central, was a contributing writer on the last season of Crank Yankers, also on Comedy Central, and has done punch up work on Michelle Obama’s children’s cooking show “Waffles + Mochi” on Netflix. His work has been published alongside Jerry Seinfeld, Bob Odenkirk, Ray Ramano, and Maria Bamford in a book of poems entitled “Eating Salad Drunk: Haiku’s for the Burnout Age by Comedy Greats” available now through Macmillan Publishers. His comedy has been written about in The New Yorker and the New York Times. He currently resides in Brooklyn. 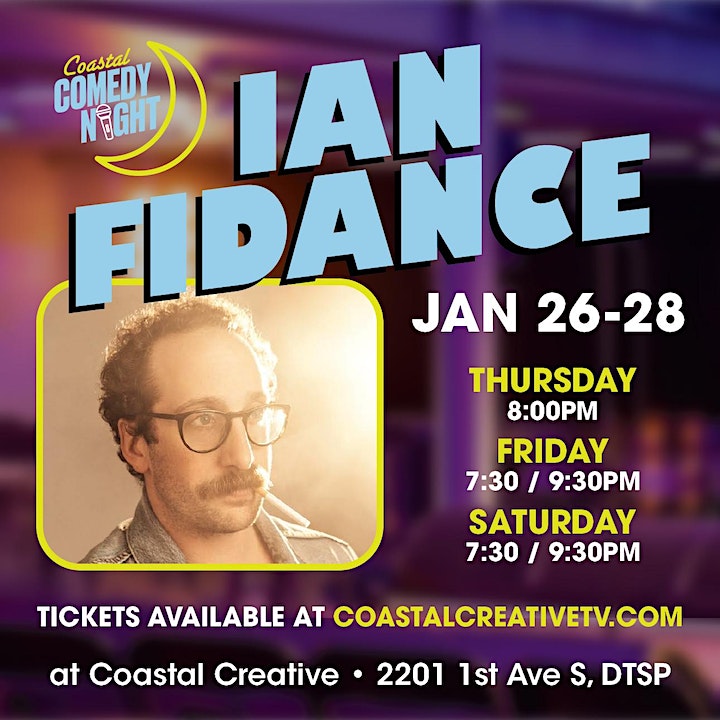