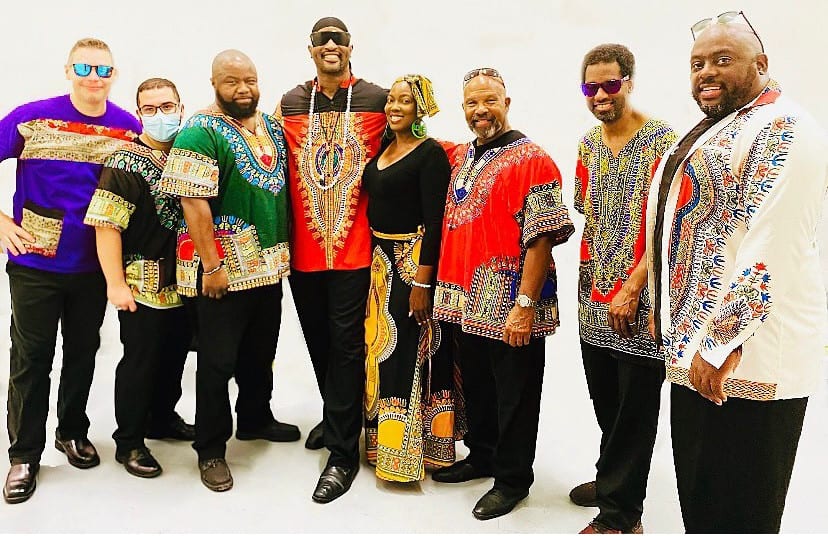 About the Event
“In honor of who we believe is the most complete recording artist of all time!!! We formed Hotter Than July, a Stevie Wonder Tribute Band. Performing his greatest hits from Sign Sealed Delivered to I Wish.
This band believes in spreading positivity and love at their shows. They’ll fill the room with high energy music that will have you sweating on the dance floor and leave you in a good mood!”
Gerry Williams Bio An industry veteran vocal coach. Work in artist development has garnered him the reputation as the ‘boy band guy’ since the onset of the pop groups that emerged in the mid 90’s. Several of his vocal students are Grammy and Dove Award Winners; Mandy Moore, Jordan Knight (New Kids on the Block), Jeff Timmons (98 Degrees), Chris Kirkpatrick (N’Sync), to name a few. Gerry has been featured as vocal coach on reality TV shows/Mission Man, Band/ Big in America and has produced and written songs for Jordan Knight, and C’Note. Additionally he has remixed for JLo, Celine Dion, JT, and Carlos Santana. Gerry has scored music featured in films and television and has had the opportunity to work hands on with major record labels, including Warner, Universal, Atlantic, Sony, Columbia, Epic, EMI, A&M, and Jive.