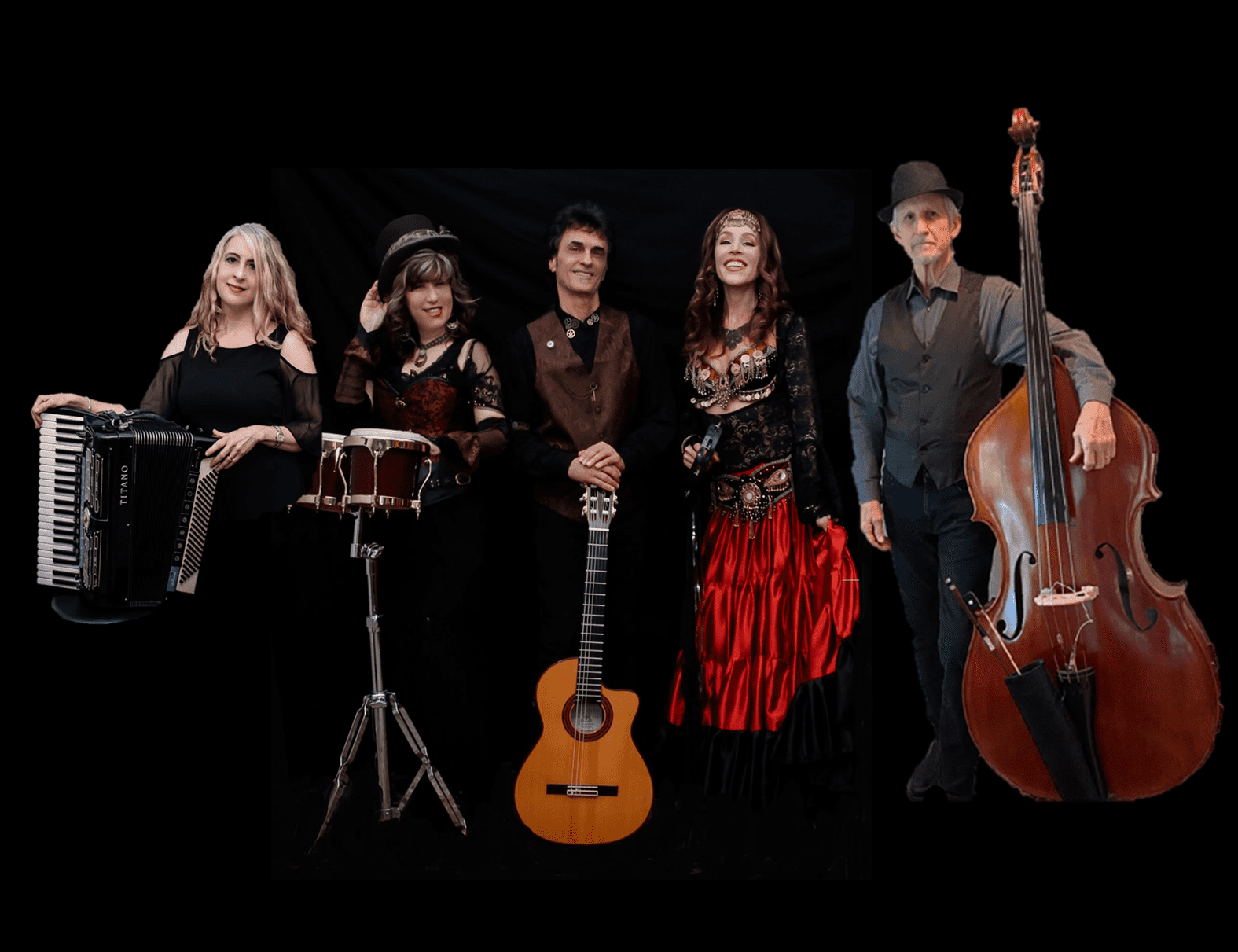 Dynamic, multi-genre band, Gypsy Star celebrates the release of their song, “Dancing To The Beat Of Your Heart” as they perform this catchy, Latin-inspired, upbeat dance tune along with many other selections from their eclectic catalog in concert at [email protected] in St. Petersburg on Thursday, September 29, 2022 at 8:00 PM.

Gypsy Star’s show will take you on an enchanting, uplifting, musical journey around the world weaving a melodic tapestry of rock, pop, folk, jazz and classical music with the spice of Brazil, the romance of the Mediterranean, the mystique of the Middle East, the traditions of the British Isles, the passion of Spain and the Americana, Cajun and Tex/Mex sounds of the United States. Bringing their international spectrum of influences, Gypsy Star’s world-beat sound will transport you to faraway lands – awakening your soul and opening your heart to exciting, mysterious and wonderful places.

Gypsy Star is a gifted, musical collective of multi-instrumentalists performing original songs with layers of rhythmic texture, alluring, sultry vocals, lush harmonies and a mesmerizing, fiery dancer. This uniquely talented line-up is led by the captivating and creative spirit of composer, guitarist, singer Billy Keen and features the soul-stirring vocal prowess of lead singer, lyricist Belinda Brodsky who plays an array of hand percussion; world-class accordionist/keyboardist Joli Rome; the versatile stylings of Robert Strickland on upright and electric bass and dancer, Kimara Lee, who performs folkloric and gypsy-style dance creating another dimension to their live shows while also adding vocal harmonies and percussion to their sound. Gypsy Star’s show is truly a cultural feast for the eyes and ears!

Prior to “Dancing To The Beat Of Your Heart”, Gypsy Star has released 2 other singles along with 3 full-length albums, appeared on radio and television and toured throughout Florida and the east coast of the United States headlining festivals, theaters and concert halls.

Tickets for Gypsy Star’s September 29th show at [email protected] are on sale now for $15 general admission and $10 for members and can be purchased on their website: www.thestudioat620.org [email protected] is located at 620 1st Ave. S in St. Petersburg Florida. 727-895-6620. For more information on Gypsy Star go to www.gypsystar.biz