Ed Allen is a St. Pete staple. For years, Allen helped serve some of the best damn Cuban cuisine in the region at Bodega in the EDGE District  — and doubled as a salsa instructor if you hung out at the foodie hub late enough. Just a few years ago Allen left Bodega to open his own restaurant on the 600 Block, Central Melt. It’s a small space next to State Theatre, but that doesn’t stop him from serving the masses.

His grilled cheese sandwiches are thick, melty, and goddamn flavorful. Don’t get me started on the seasoned French fries. They’re tied for the best in the ‘Burg, along with Zaytoon (still open during construction BTW). Allen isn’t content with just one concept, though, and has designs on expanding. In this instance, expansion doesn’t mean a whole new brick and mortar location.

Introducing the ghost kitchen, or virtual restaurant. The concept has grown in popularity in areas like New Jersey and New York. What is a ghost kitchen? It’s a virtual restaurant focused solely on delivery via phone or online ordering. Allen has partnered with Uber Eats to launch two new ventures: Eddie’s Empanadas and Wingin’ It. 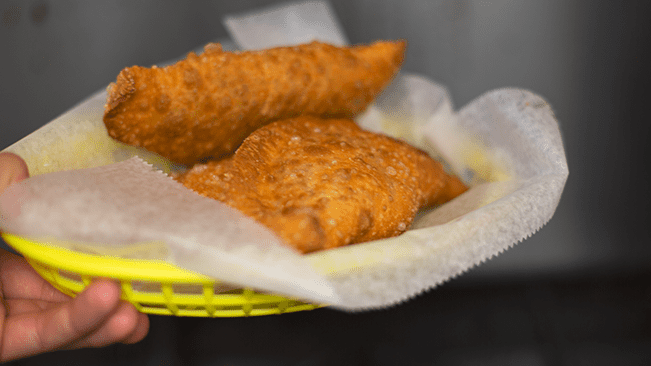 Both concepts will operate with similar hours to Central Melt. Beginning November 13, you’ll be able to order from Eddie’s Empanadas through the app. I tried the beef and cheese option during my visit and WOW is it savory. The empanada itself is extraordinarily crispy. Mine came fresh from the fryer. The meat inside was tender and juicy.

Yea, it was hot as heck outside, but in spite of the weather this treat was exactly what I needed.

All of the fillings are made from scratch by Allen, in addition to the selection sauces available. The mango habanero is straight fire.

You can also order a side of crispy Tostones. If you know this blogger, then you know I will take ALL of the Tostones, all of the time, every day. The TL;DR here is that they are good. 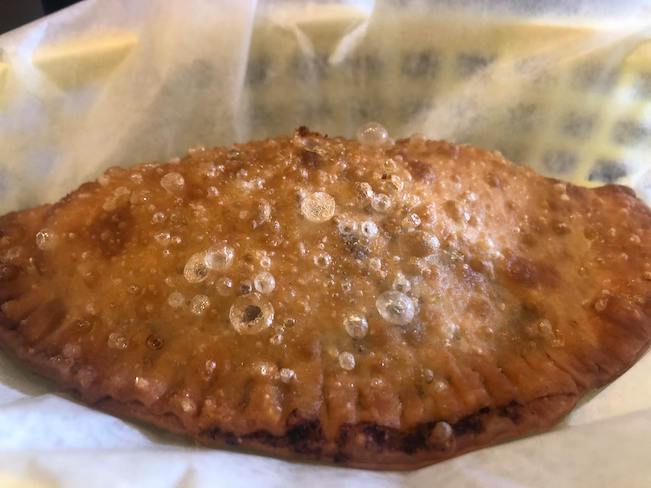 Changes happening on the 600 Block

While it exists primarily through Uber Eats, I’m sure Allen would oblige if you happen to pop in with a serious empanada craving.

What spurred this restaurant owner to experiment with the ghost kitchen concept?

Following the closure of The Local 662, Fubar, and the State Theatre, foot traffic started to die down. Allen adjusted his hours at Central Melt to fit with the market, but found he had more down time at the restaurant and wanted to find a new way to reach customers.

For Allen, ghost kitchens or virtual restaurants could be the future of the industry, especially as rents continue to rise along the Burg’s Central Avenue sprawl. All the food for Eddie’s Empanadas and Wingin’ It will be made in the Central Melt Kitchen.

The empanada and wing concepts respectively allow Allen to expand and experiment, without over complicating the menu, or interfering with his Central Melt process.

Support local, folks. You can keep up with everything happening at Central Melt by following the restaurant on Facebook and Instagram.