Celebrating a Century of 'Burg Baseball - I Love the Burg

‘Burg history is full of surprises. Did you know that the first commercial flight launched from North Basin by the Vinoy and landed in Tampa in 1914? 1914 was also the first year of baseball’s spring training and took place right here in St. Pete. To celebrate that century of baseball in the ‘Burg, the St. Petersburg Museum of History is opening their new, permanent Schrader’s Little Cooperstown baseball exhibit that features the World’s Largest Collection of Autographed Baseballs signed by the sport’s legends, famous actors, influential world leaders and other celebrities. Opening day is Tuesday, October 22nd with a press conference at 9:30am and the ribbon cutting at 10am. Visitors can enjoy Schrader’s Little Cooperstown until noon and the owners of the collection, Dennis and Mary Schrader, will be giving special tours. 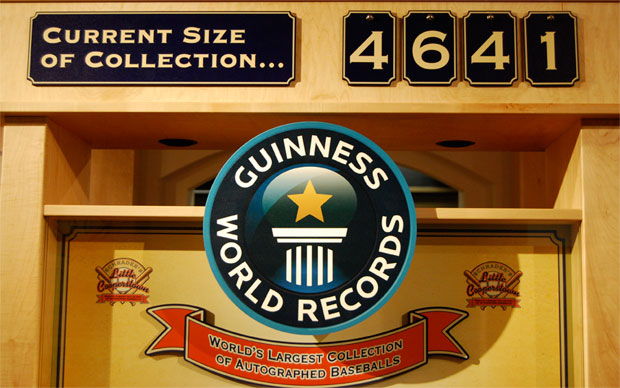 We at iLovetheBurg.com got to walk through the soon-to-open exhibit and were blown away. When we visited there were 4,641 baseballs and counting! Baseball fans will enjoy the autographed baseballs and exhibits of legends like Babe Ruth, “Shoeless Joe” Jackson, Jackie Robinson, the 1939 Hall of Fame team ball and more. There is even a pair of baseballs that married and then divorced Joe DiMaggio and Marylyn Monroe signed together. The less baseball-crazy of us will likely gravitate toward the “Baseball in Pop Culture” display. There are autographed baseballs from Barack Obama, Elvis Presley, Margaret Thatcher, Arnold Schwarzenegger, Neil Armstrong, Fidel Castro and hundreds more. Other displays about the Women’s and the Negro Leagues highlight how baseball has been a catalyst for new beginnings and social change as America forged its identity over the last one hundred years.

The exhibit was interactive, colorful and engaging. "That is precisely the direction the St. Petersburg Museum of History, the 3rd oldest in Florida, is heading," says executive director Joel Cohen . It used to be “the one” to visit in St. Pete, but competition and a lack of dynamism led to the museum falling a bit out of favor. Now it is embracing change with more interactive, modern exhibits like Schrader’s Little Cooperstown, renovations of the other displays and a new café called “Hops and Props” where one can grab a craft beer, glass of wine or a sandwich. The location at the entrance of the Pier is a premium and we got excited talking to Joel about what the museum has in store.

Mark January 1st, 2014 on your calendars for the “First Flight, First Night,” a St. Petersburg Museum of History event where an operational replica of the Benoist will reenact mankind’s first passenger flight by retracing the historic route from St. Pete to Tampa. Keep an eye on this museum, it is evolving for the future to preserve the past. 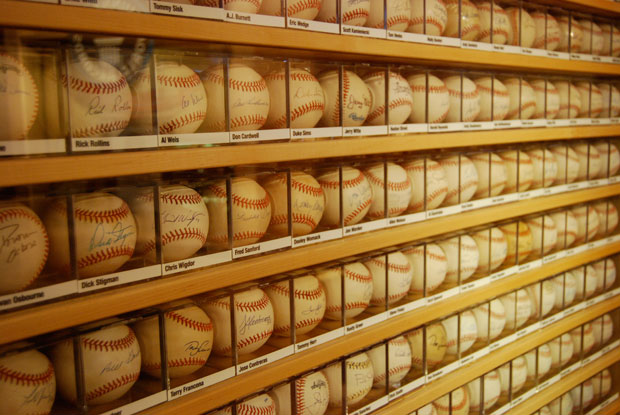