Causing a Scene: Summer Theater in the 'Burg - I Love the Burg

Get some culture, head to the theater this summer in the ‘Burg. 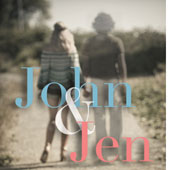 John & Jen
Jen and her younger brother John are growing up in the ever-changing world of mid-century America. As the country becomes divided over the war in Vietnam, so does the family, and battle lines are drawn between the once-close siblings. When John is killed in Vietnam, Jen is left to reconcile her memory of their fractured relationship. This is a funny, charming, and compassionate musical about brothers, sisters, parents, and children, and the ways in which the tides of generations affect each other in unexpected ways.

Spring Awakening: A New Musical
The ground-breaking rock musical that took Broadway by storm, with a powerful score by Duncan Sheik, will take to the stage as the finale of our season. This daring evening of musical theatre draws stunning parallels between the youth of the late 19th century (when the original play was written) and the youth of today. Fearlessly employing anachronism and a dynamic expressionistic style, don’t miss freeFall’s bold take on this modern classic. (This show contains adult language and situations and is intented for mature audiences only.) 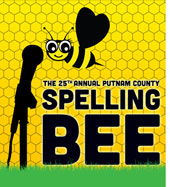 The 25th Annual Putnam County Spelling Bee
Six young people in the throes of puberty, overseen by grown-ups who barely managed to escape childhood themselves, learn that winning isn’t everything and that losing doesn’t necessarily make you a loser. The 25th Annual Putnam County Spelling Bee is a hilarious tale of overachievers’ angst chronicling the experience of six adolescent outsiders vying for the spelling championship of a lifetime. The show’s Tony Award winning creative team has created the unlikeliest of hit musicals about the unlikeliest of heroes: a quirky yet charming cast of outsiders for whom a spelling bee is the one place where they can stand out and fit in at the same time. Plus, selected audience members will take part in the onstage fun during each performance! This Park Production will perform Wednesday through Sunday at 8 pm at Demen’s Landing Park, Bayshore Dr SE and 2nd Ave SE. Gates open at 6pm and Will Call opens at 5:30pm. Show runs through May 26. Click here for further details and show times.

7 Homeless Mammoths Wander New England
Madeleine George’s new play is a deliciously smart and funny “academic sex comedy” about life in a small university town. Dean Wreen’s college is in dire financial straits, and a plan to close its on-campus natural history museum is sending unexpected shock waves in every direction—just as the Dean’s ex-girlfriend has come back into her life. This definitely complicates things with her much younger girlfriend, Andromeda. Neither budget cuts nor the shadows cast by seven about-to-be-homeless mammoths are any match for the sweet taste of romance in this hilarious and deeply moving play. Rated M for mature content and language, this production features simulated sex between prehistoric college students and contemporary lesbians. No mammoths were harmed in the making of this play. May 31- June 30. Tickets and showtimes here. 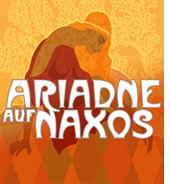 Ariadne Auf Naxus
Vienna’s richest man is planning an incredible party. But first, guests will enjoy a serious opera (the Prima Donna plays Ariadne, who’s ready to die on the island of Naxos because her lover’s jilted her). Then comes a ribald comedy, starring saucy Zerbinetta (who’s got a Ph.D. in flirting). And finally, there’s to be a pyrotechnic display. But the host suddenly decides both productions must take place simultaneously so the fireworks can start promptly at nine! The Composer’s aghast and the Prima Donna’s horrified. But watch what happens when Zerbinetta gets into the act and determines that Ariadne’s “tragedy” shouldn’t end unhappily after all! This is Strauss à la Rosenkavalier, with sparkling, luscious music that wraps itself around a witty comedy. Sung in German with English subtitles. May 31, 2013, 7:30pm, June 2, 2 pm, June 4, 7:30 pm. Tickets can be purchased here.

Performances are at The Palladium, 253 Fifth Ave. N.