Burg Bits: The Brewhouse Cometh & the Little Bodega that Could - I Love the Burg 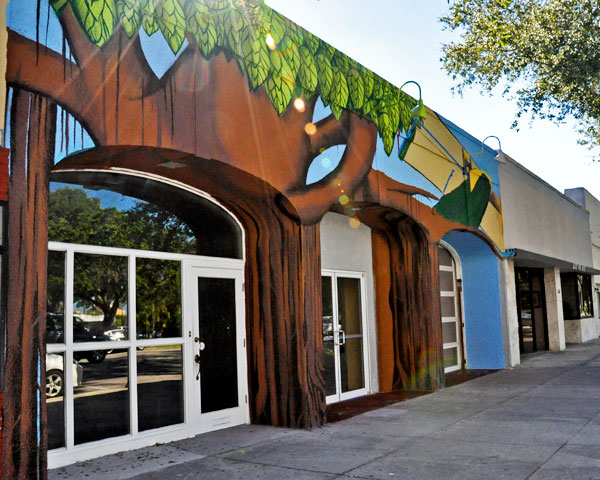 You can tell by the blooming hops on their new mural: The Burg’s hotly-anticipated–and self-named–St. Petersburg Brewing Company is within weeks of opening its doors to all of us in Downtown St. Pete.  According to owner Tom Williams, there’s no glass wall between the brewery and the tasting room, making this a brew pub like no others.

"It will be a full sense immersion. The tasting room opens onto the brewery, so that [patrons] will be immersed in the sounds and odors of the working brewery."

They’ll be pouring 10 of their own brews, and have an additional 2 rotating taps for "collaborative" brews, made in cooperation with other local brewmasters. It will all, Tom said, be produced locally.

After the floors are done and the bar’s installed, only one glycol cooler, imported from Michigan and designed to keep the brews frosty, stands between St. Petersburg and its namesake brews. The brew pub is set to open at the end of November, at 544 1st Avenue North.

The Little Bodega that Could

We hear that the Burg’s favorite little "Latin Food Market" is growing. A little bird tells us that Bodega, at 1120 Central Avenue, is slated to be expanding into the place recently vacated by Creative Clay, next door to the west.

They’re going to offer their rustic, Spanish-influenced food with fresh ingredients in the larger space by the holidays, they say. And they’ve got a little surprise for the back of the former Creative Clay space. Creative Clay now resides at 1124 Central Ave. Stay tuned for the details.