FacebookTwitter
SubscribePinterestGoogle
It seems St. Pete Shuffle has inspired a new trend in Brooklyn. The New York Times just featured The Royal Palms, opening on Monday, January 27, debuting 10 shuffleboard courts complemented by cocktails named after Floridian shuffleboard icons. Jonathan Schnapp, co-owner of Royal Palms, had an epiphany two years ago while visiting our historic Shuffleboard facility. Schnapp saw the eclectic mix of patrons participating in the sport, and in that unidentifiable demographic saw huge potential for it in New York.

While Brooklyn is celebrating the opening of its hip new shuffleboard club, The St. Petersburg Shuffleboard Club will be celebrating its 90th birthday. The disc sliding madness began on January 24, 1924 in downtown.

This Friday, come see what the New York Times has been buzzing about. Starting at 7pm, come out to 559 Mirror Lake Dr. N for cake, music by DJ Re:Pete and the Pinellas County Center for the Arts Jazz Ensemble, savory eats by MNM BBQ and a scavenger hunt with insane prizes!

The club started with only two courts but in 1948 it expanded to over 100 making it the largest shuffleboard club in the world. The facility boasts a clubhouse, ballroom, bridegroom and bleachers for shuffle fanatics to observe the sport. There was a time when the club harbored nearly 8,000 members and while the number of full time club members and courts has dwindled a resurgence of interest in the sport has revived the club. Enthusiasts, both young and old, have pressed fresh chalk on the old triangles. 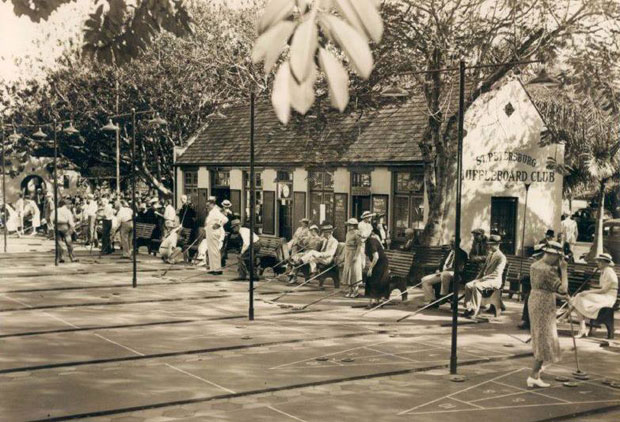 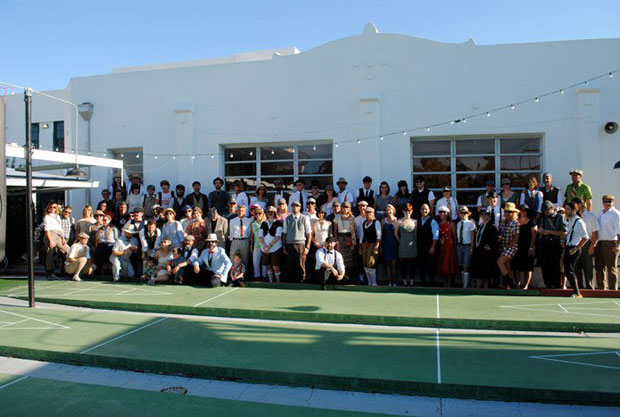 “This Place Matters” reads the banner hanging over the courts. Those words are inlaid in the ‘Burgers who have populated the Friday Night Shuffle from 7-11pm year round. The Friday night tradition started in 2005 and has done a great deal to reacquaint St. Pete with its historic and renowned club.